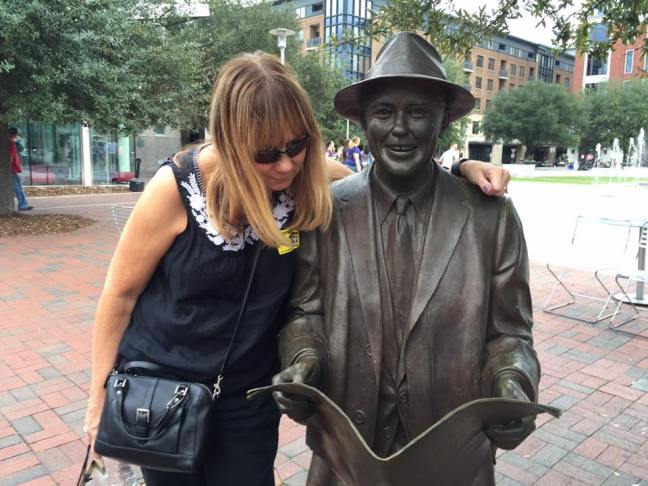 Anna Lee is an anxious 17-year-old whose life is stuck, largely because of her strained relationship with her mother Jacqueline, a quirky recovering alcoholic who is now addicted to coffee. The two take off on a trip to explore independent coffee shops along the east coast, but Jacqueline’s real agenda is an opportunity to reveal a series of disturbing family secrets to Anna Lee–a twin that died in utero, a fatal drunk driving accident, an abusive parent, and her mother’s betrayal of a woman Anna Lee holds dear.

Donna Koros Stramella’s debut novel, Coffee Killed My Mother, is a finely crafted coming-of-age story, a daughter’s journey of discovery with her mother. Their journey is set in motion by a seemingly impulsive notion on the mother’s part to go on a quest for the best coffee shops on the East Coast. The trip soon turns into something much more.

A prologue opens the book with a fragment of memory: the crash of broken glass, a fear of dying, a mother unresponsive on the couch. As the narrative continues and the memories become more complete, we learn that the first-person narrator is a seventeen-year-old girl named Anna Lee, and her mother, Jacqueline, is a sixty-one-year-old recovering alcoholic.

Stramella’s adept use of a first-person narrator works well to convey the conflicting feelings of an adolescent forced to have fun on a road trip she didn’t want to take and doesn’t fully understand. Anna Lee tells us her story in present tense, which lends immediacy to the events as they’re unfolding. The use of first-person present tense also creates very strong narrative tension, as the reader experiences first the hints, then the revelations of a series of family secrets as Anna Lee first experiences them herself. I was compelled to keep turning the pages.

Stramella also takes full advantage of the East Coast setting, which includes Myrtle Beach and Virginia Beach: the beauty of the seaside juxtaposed with run-down beachfront hotels and coffee in paper cups, an undercurrent of disappointment and trying too hard.

As mother and daughter progress on their journey in Jacqueline’s battered red Jeep, Anna Lee’s view of her mother changes. Jacqueline goes from being an embarrassment, with her garish yellow cornrowed hair, loud clothes, and inappropriate behavior, to a fully-realized human being deserving of compassion and respect, the pain and regret from her past genuine and haunting. The transformation of Anna Lee’s perception of her mother was particularly powerful to witness because it’s the same process of revelation and reconciliation that often takes place over several years as a daughter moves through adulthood. I won’t soon forget Anna Lee and Jacqueline. 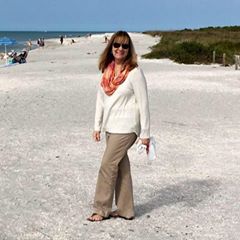 I’ve had the title bouncing around in my head for some time, following a trip to a drive-thru for coffee and a near accident. My daughters were with me and one of them said something like, “Coffee is going to kill you, Mom.” Originally, I had a different format in mind, but as I developed the story line, I felt pulled to move in another direction. At its core, it’s a mother-daughter story. Once I started writing, the story really started to flow. The plot, the characters, the beginning, the ending–all had a natural, organic feel.