Jim Metzner’s historical fantasy Sacred Mounds opens with a man who has lost time and gained a tattoo on the palm of his hand. Meet Salvador Samuels, a middle-aged man of no particular distinction, except for being the “only Jew on the planet answering to this name.” But don’t call him Salvador; call him Lewis.

Nine months previously, Lewis had awoken from a coma in Mississippi with no idea how he got there, a chunk of his memory missing, and the tattoo of an eye on his right hand. He is now driving home to Kingston, New York when he hears a call for help over the car radio on behalf of a public radio station fundraiser gone awry in the Hudson River. The chapter ends with a cliffhanger to propel the reader into the mystery of Lewis’s lost time.

I particularly admire the way this first chapter set up the major themes of the novel without my even being aware of it until I went back to the beginning of the book to write my review. This is a true sign of a writer in full command of his craft.

Sacred Mounds is a novel about perception: perception of self, perception of others, perception of nature, history, culture, and consciousness, both individual and collective. It is no accident, then, that in the first chapter, Salvador/Lewis is introduced as a Baby Boomer, a member of the generation who experienced “a glowing moment of collective conscience [as] hippies, consciousness pioneers, lifestyle pioneers, not to mention freedloaders, gadflies, and socialists.”  A member of the turn on, tune in, drop out generation.

And drop out he does, right into the body of a blind sixteenth-century member of the Natchez Nation named Skyfisher. He is found dazed and bleeding by Skyfisher’s wife Tell Me a Story, who tends to his wounds and gives him something to eat. And what of Lewis’s own body? Skyfisher finds himself in the naked body of an older sighted man with a thudding headache. He, too, is rescued by a young woman, a former archaeologist whose area of study was the tribes of the lower Mississippi Valley, including the Natchez.

The book’s primary conflict involves Skyfisher and Lewis’s dual role in restoring and strengthening the collective consciousness of the Natchez people, tied to the sacred mounds their prehistoric ancestors left behind. This conflict is developed through a fast-paced plot with plenty of violence and just the right seasoning of wry humor. As the conflict intensifies, so does the suspense of wondering how Metzner will return each man to his rightful body.

In the end, this highly-imaginative and thought-provoking novel leaves me wondering what it will take for the indigenous people of North America to be restored to their rightful place not only in history but in current society as well. 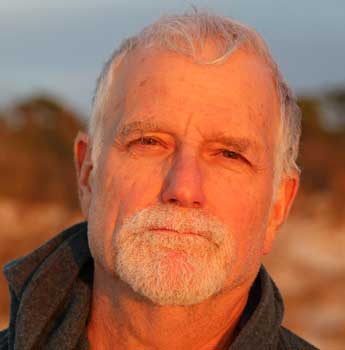 Sacred Mounds was inspired by the ancient earthworks that proliferate in the eastern US and around the world – some of the earliest places of spiritual practice. They’re buried, relatively unknown, mysterious – living metaphors. Deep within the mounds, as well as within you and me, lies a question – what does the world need from us?